Xiaomi, it goes without saying, is arguably one of the most popular smartphone manufacturers in India. The company has been in the news since the Redmi Note 7 and Note 7 Pro launch a few weeks ago. That was just the latest chapter in the pursuit by phone makers to make the best possible devices in terms of performance, which also helps catch the Battle Royale game PUBG’s popularity. According to new research by Internet service provider Jana for Quartz, PUBG has been acclaimed as one of the most popular online battle games for this year. The game has not only achieved a share of 61.9 percent but has gained significant success over other popular games of the genre such as Epic Games’ Fortnite, Free Fire, Roles of Survival and more. Due to the rising popularity of PUBG Mobile, smartphone manufacturers are coming up with new devices to woo gamers. Here are some of the best Xiaomi smartphones which one can choose for better PUBG experience, without breaking the bank.

you get a similar design including the glass back with ‘Aura Design’ and a 6.3-inch Full-HD+ display with 19.5:9 aspect ratio and a dot-notch. The device has a 2.5D curved Gorilla Glass 5 at the front and the back. This one is powered by a Qualcomm Snapdragon 675 processor which was recently launched with the Vivo V15 Pro. There is an option of 4GB and 6GB RAM with 64GB and 128GB of inbuilt storage with support for a microSD card slot of up to 256GB.

At the back, there is a 48-megapixel primary sensor with f/1.79 aperture and a 5-megapixel secondary depth sensor. You get the same artificial intelligence (AI) based features including features like AI scene detection, AI Portrait 2.0, and Night mode. At the front, you get the same 13-megapixel camera. Rest of the features include a 4,000mAh battery with Quick Charge 4.0 support, a rear fingerprint sensor, USB Type-C port, 3.5mm audio jack, Wi-Fi 5, Bluetooth 5.0, Infrared and dual-SIM support. It runs on Android Pie 9.0 with MIUI 10. This one comes in three colour options including Neptune Blue, Nebula Red, and Space Black. 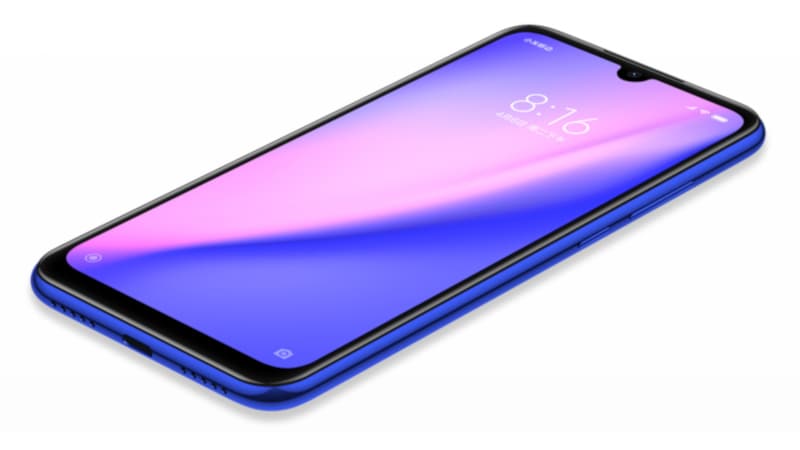 The Redmi Note 7 features a glass finish at the back and a 6.3-inch full-HD+ (2340×1080 pixels) display with a 19.5:9 aspect ratio, waterdrop notch (as the company calls a dot-notch) and is protected with Gorilla Glass 5. It runs on a Qualcomm Snapdragon 660 octa-core processor with 3GB and 4GB RAM options coupled with either 32GB or 64GB of inbuilt storage. Both the variants include the option of adding a microSD card slot (up to 256GB) for expanding the storage. There’s a dual camera setup at the back but unlike the 48-megapixel Samsung ISOCELL GM-1 sensor and 5-megapixel depth sensor which was featured on the Chinese version, has been replaced. Instead you get a 12-megapixel sensor with a secondary 2-megapixel depth sensor. At the front there is a 13-megapixel camera which is the same as the China variant. The camera app uses artificial intelligence (AI) to improve the camera performance and includes features like portrait mode, smart beauty features, and scene recognition.

The smartphone is cheapest smartphone to be powered by Qulacomm’s flagship Snapdragon 845 processor and comes with 8GB RAM. As per the company, the Poco F1 uses a LiquidCool technology that allows a better thermal performance than most of its rivals.

As for the memory onboard, the smartphone offers 6GB/ 8GB RAM and 64GB/ 128GB/ 256GB of internal storage across its variants. There is also an expandable memory of up to an additional 256GB using an external microSD.

As for its optics, the Poco F1 houses a 12-megapixel + 5-megapixel dual camera setup at the back with AI enhancements and Dual Pixel Autofocus. There is a 20-megapixel selfie shooter at the front with AI Beautify. The device runs a new version of Xiaomi’s own MIUI which is specially designed for Poco. The company has also promised the arrival of Android P on the smartphone within the Quarter 4 of 2018. Poco F1 is backed by a massive 4000 mAh battery that also supports Quick Charge 3.0 and a USB Type-C connectivity. 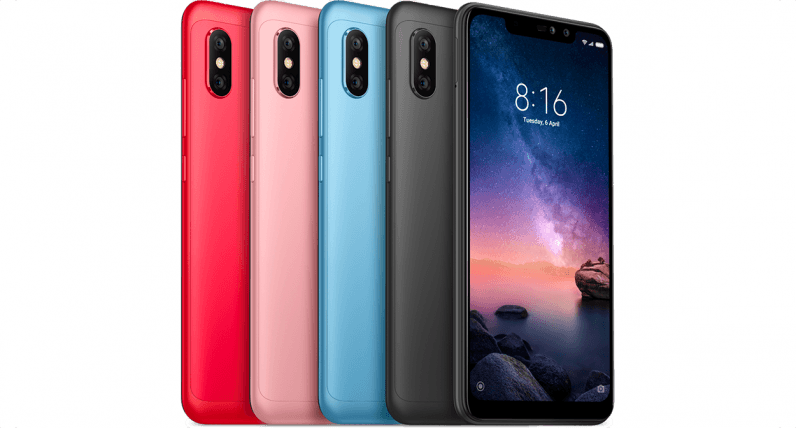 The Redmi Note 6 Pro sports a notch on top of the display with a screen aspect ratio of 19:9. Xiaomi Redmi Note 6 Pro is powered by the same Snapdragon 636 processor that we saw on its predecessor. The phone could launch in 4GB/6GB RAM and 64GB storage options, same as Redmi Note 5 Pro. Redmi Note 6 Pro runs MIUI 10 Global ROM, which is based on Android Oreo.

The Redmi Note 6 Pro supports dual-SIM, Bluetooth v5.0, 4G VoLTE, and Wi-Fi. It also comes with a fingerprint sensor on the back and facial recognition feature. It is backed by a 4,000mAh battery.

The CEO of Boeing has some tough questions from Trump

Samsung Galaxy A90 is to put a notch display and a...

PUBG Mobile’s latest update available; Here are the information of this...

The Leading India’s Smartphone Brand ‘One Plus’ Trolls ‘Apple iphone’