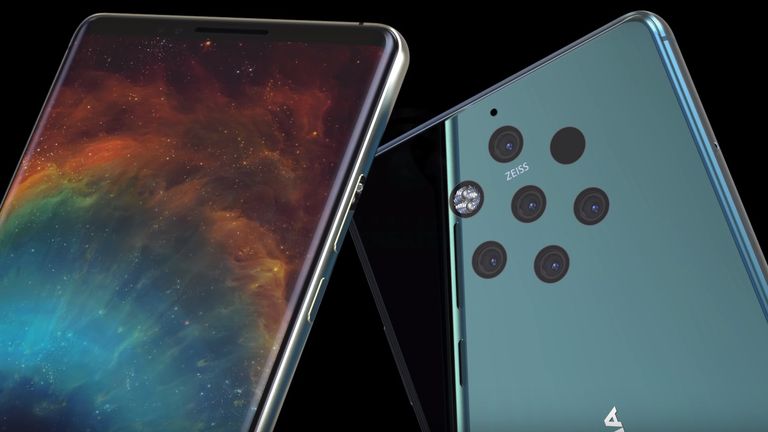 Rumors and leaks have anticipated that the Nokia 9 PureView will feature first of its kind Penta-Lens ZEISS setup on the rear. A recent unofficial promo video of Nokia 9 did confirm the five-lens setup along with a few interesting features like the ‘5 simultaneous shots’, ’10X more light capture’, HDR photography and more.

Now according to NokiaPowerUser, these ’10X more light capture’ technology is something that matches a lot with smartphone solution by a company called ‘Light’. The American digital photography company specializes in ‘computational photography’ with camera modules that vary from 2 to 16.

The description on Light’s website reads, “Our camera array collects more light in a single-shot than any other camera in the market. One of our smaller 5 module arrays can collect 10x more light than a traditional smartphone sensor, and these numbers can increase even more depending on the number and type of sensors. The result is more details and improved noise when shooting in the dark.”

Light claims that its camera array is unlike anything on the market. While smartphone sensors are often limited by size, the company with its software logarithm can capture 10x the amount of data about each individual pixel. The company announced a standalone camera, the L16, in October, 2015 and it was made available in the United Kingdom in March, 2018. The Light L16 camera is pure engineering marvel which takes 16 different smartphone-sized imaging modules in one unit.

Coming back to Nokia 9 PureView, the smartphone is expected to launch sometime around MWC 2019. HMD Global is likely to use a 6-inch display and a large enough 4,150mAh battery for the phone. It will run the latest Android OS, and is expected to be powered by Snapdragon 845 chipset.

Mattis Calm Down European Allies Nervous About US – RUSSIA Nuclear...

CES 2019: Hyundai’s concept car Elevate can walk like robots and...

10 peoples died and 25 peoples in the suicide bomb blast...

Google CEO Sundar Pichai is committed for US and not for...

Huawei Laptops has been removed by Microsoft Store

Samsung may be working on a low-light camera mode called Bright...

The best smartwatch to buy for iPhone and Android